I have been an Master/Mentor in The Arcanum for roughly 12 months now. Many of my apprentices have graduated from my cohort and moved on. While they are looking forward to leveling up with other masters and sphere’s, they will always have a place in my community. Late in 2014, one of those apprentices, Lisa Speakman suggested that she would like to do a meet-up in Joshua Tree National Park with some of the other apprentices on the West Coast. After much thought and consideration, I decided that I was overdue for another road trip out west and decided I was going to join them. I hooked up with another apprentice, Murray Parker in North Carolina and we headed off to meet the crew.

I put together an itinerary based on things I thought would be interesting and locations that were suggested by members from our group that would be attending the meet-up at some point. All of the suggestions were awesome, but only a few could be included due to time constraints. The first leg of the journey, I headed out solo from upstate New York toward the Raleigh, North Carolina area to pick up apprentice Murray Parker. Because this was a long 7400+ Mile trip over 14 days, I wanted to keep each leg fairly short with plenty of time each day to make stops, deal with any sort of hold up such as weather, etc. My first stop would be halfway between NY and NC in a town called Harrisonburg, Virginia. Now if you look at a map, you can see this is not the quickest way to Raleigh, but I had ulterior motives. I had planned to make a side track trip on the morning of the 2nd day to Babcock State Park and shoot the old Glen Creek Grist Mill there. But, this was February mind you, and mother nature had other plans. Shortly out of New York on day one…I was greeted with this:

Looks innocuous enough, but by the time I reached Virginia, it had turned into this:

3 hours later than I had planned, I arrived at the hotel. As I gronked my gear from the car I looked back and thought, “Boy, I hope tomorrow brings better weather.”  Weather 1, Andy 0.

When I awoke the next morning and peeked out my window, I was happily surprised to see that at least the roads were fairly clear.

I waffled about a bit and decided I would make the 3 hour trip out of my way to visit the Mill. I really had no idea where I was going other than west, away from my final destination of the day. But hey, that’s part of the adventure, right?  Well, after about 4 hours of wandering through the backwoods of West Virginia, and there are a LOT of backwoods in West Virginia, I finally made it to the entrance of Babcock State Park only to find that the whole entrance was plowed under with 4 and half feet of snow. There would be no entry this day, so off to North Carolina and Murray’s house I went! Weather 2, Andy 0. By the time I got to Raleigh there was nary a flake of snow anywhere! This trip was definitely looking up as far as the weather was concerned.  An amazing home cooked meal by Murray was waiting, along with some wonderful hospitality from his wife, and a nice warm comfy bed for the night. We had a 9 hour trip in front of us in the morning, so after an amazing home-cooked meal by Murray, off to bed early it was!

Murray and I were up early the next day at 5am for coffee and to pack up the car for the big journey.  Murray had never been out west like this, so he was pretty excited to say the least. I have been there many times, but I think I was still just as excited as he was. Next stop for us would be the Hotel at Murfreesboro, Tenn. A utility stop for sure, but we would see if we could find something along the way to photograph. The road from Raleigh to Murfreesboro is a wonderful drive on Interstate 40. It winds its way through the mountains and beautiful forest lands of the Great Smoky Mountains National Park. It was along this beautiful drive we started to notice something quite disturbing. All along the highway for over 100 miles we saw a major amount of trees downed by what looked to be a wind storm.

Apparently a massive ice storm had ravaged most of Tennessee the week prior and left a lot of it’s forests in ruins.  Image the sight above going on for hundreds of miles, it was quite disturbing.  I had this sinking feeling that this trip may be a lot tougher than I had thought.  So far the weather was putting up quite a fight.  About halfway to Murfreesboro, Murray and I were getting a bit stir crazy so we saw a sign for Burgess Falls State Park and decided to go for it.  It wasn’t too far out of the way.  When we got there though, we found it was deserted and the trail down to the falls was covered with a sheet of ice.  Running low on light and time, we decided that we should hit this on the way back from out west when the weather would be a little nicer.  There was also danger of flooding here and down below.  Weather 3, Murray and Andy, 0.  Here is a cell shot of this normally tame creek.

As we walked from the edge of the creek to the car, a ranger pulled up and let us know that the trail was too dangerous today to traverse.  He also filled us in on what the park was all about, including an old abandoned Hydro-Electric station down below.  Murray and I grinned ear-to-ear, oh yes, we will be back!  Thanking the young man we headed back out to I40.  Along the way we found another detour through the mountains and decided to check out the scenery.  This is somewhere on Fines Creek Road near Bob’s Parent’s Home(?) just inside Great Smoky Mountains National Park and it was gorgeous. Freezing cold, but gorgeous none-the-less.  Ha! Weather 3, Murray and Andy 1!  Here is another cell phone shot:

And here is the shot from my a7r: 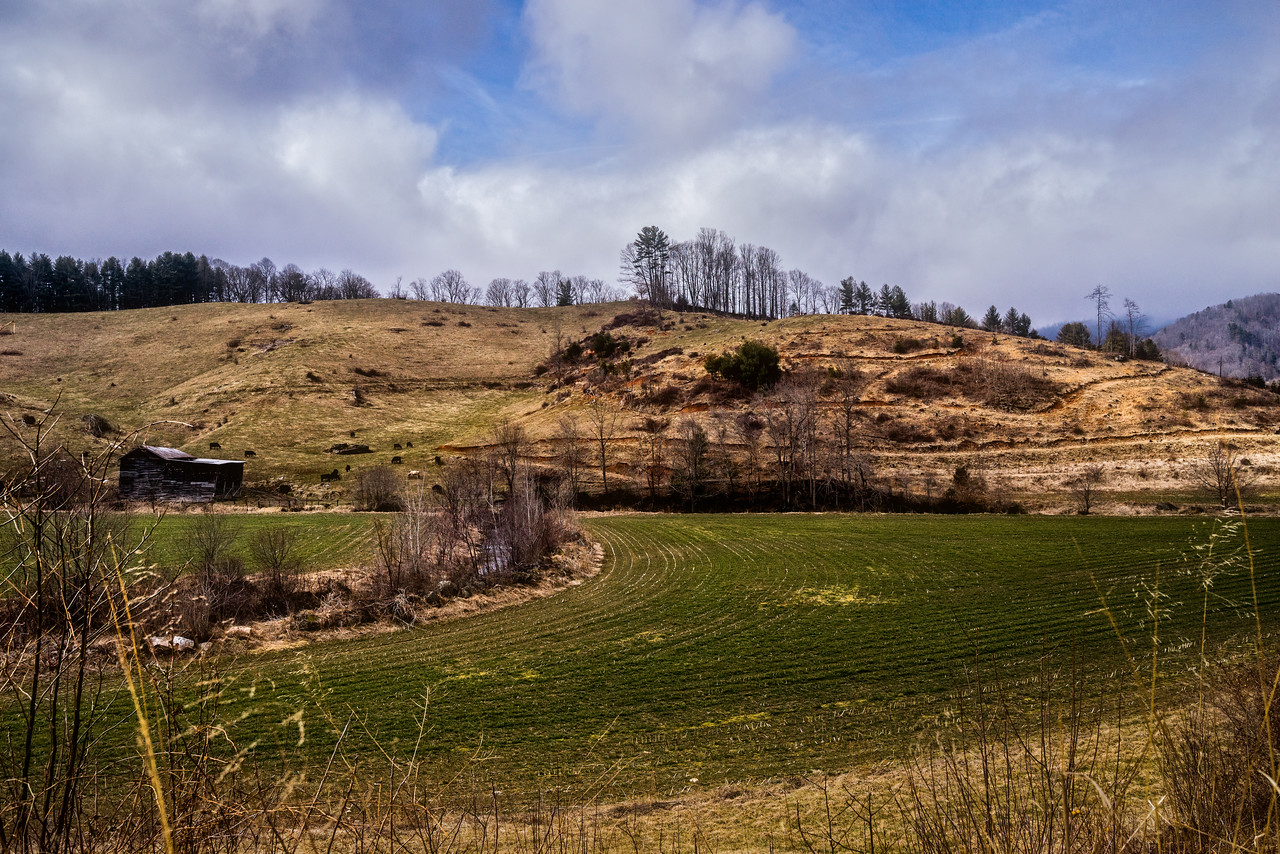 Frozen and tired, Murray and I decided it was straight to the hotel and hot meal from here.

Next stop was Mt. Pleasant, TX for a quick stop-over and then on to Hobbs, New Mexico for more of the same.  These two days were hard road days so no photography stops along the way for these boys.  Out of Hobbs, NM though, the fun begins!

Out of Hobbs will take us through Roswell, NM

(nothing to see here), then on to the great White Sands National Monument situated just 16 miles south of  Alamogordo in western Otero County.  The park covers just 10 acres but is home to the largest, most pristine white gypsum sand dune-field on the planet. So white and bright in fact that you better have some decent sunglasses to avoid some serious snow blindness while there.

As you can see from this opening shot, we were greeted with 45mph winds.  No matter, the sky and sand were both just amazing!  Here is Murray rocking out against the wind style!

To get an idea of the expanse of sand here, I took a quick shot from atop one of the dunes while Murray was setting up.

The sand looks yellowed here as I went with a vintage filter for the shot to match the vintage 50mm Minolta Lens that I shot it with.  I had a lot of fun experimenting with the Sony a7r mirrorless camera and some vintage lenses on this shoot.  Going full manual makes you definitely work for the shot.  In the end though, the results are well worth it.

There where many shots from White Sands that I am proud of, to see the entire gallery with all of my photos from there, check out this link: http://goo.gl/Ow2STa

Well that wraps up this leg of the journey… in the next segment we will be visiting PIMA Air and Space Museum in Tuscon, AZ, and our pinnacle destination, Joshua Tree National Park.  Stay Tuned! In fact, subscribe to this blog on the right and be notified when Part II and III (and Part IV) are published. 🙂

Make sure to check out everyone’s blogs for their photos and stories from the trip: