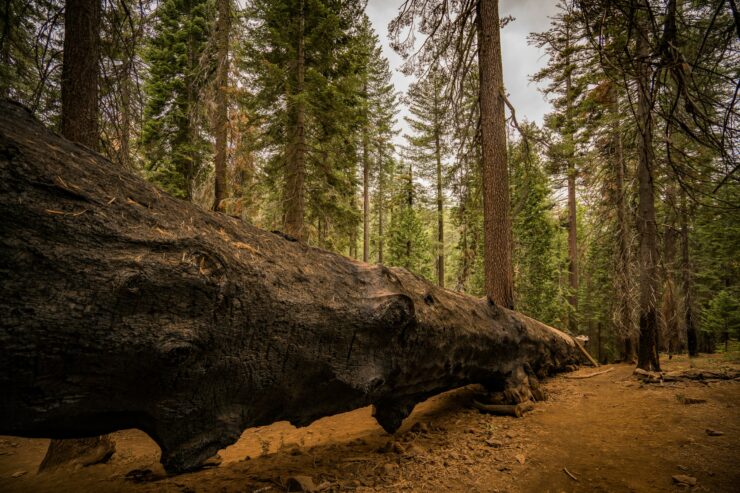 Well there is no doubt that if you have followed me for a while you know that I am a bit of a Star Wars geek.  Without a doubt, this story about Tuolumne Grove in Yosemite National Park, will drive that home for you.  Now I am not one to collect action figures, legos, or do cosplay.  Even though I know and love those that do.  I think I find joy in the Star Wars of real life and those sorts of comparisons.   The whole master and apprentice thing at The Arcanum where I work mirrors the Star Wars Jedi way.  Visiting Death Valley for the first time in 2015 and having a freak snow storm roll in and not even knowing that I was standing where Mark Hamill and Sir Alec Guinness did when they overlooked “Mos Eisley” from Dante’s view.  Giving me an identical view to the one that inspired George Lucas himself.

Funny thing is, at the time I had the feeling I had been there before and didn’t know why. It wasn’t until I started to do some research at home that I read it was the background matte for Mos Eisley.  But again it was that “feeling” of deja vu, kind of like “the force”, right?

So this year during my epic 6 day stay in Yosemite National Park, one of the side trips was to Tuolumne (too-AH-lum-ee) Grove.  Tuolumne Grove is a sequoia grove located near Crane Flat in Yosemite National Park,  It is about 16 miles (26 km) west of Yosemite Village on Tioga Pass Road. The grove contains many conifers, including a few Sequoiadendron giganteum as well as Abies concolor and Pinus lambertiana.  While smaller than the Mariposa Grove (which was close for rehabilitation) the Tuolumne Grove is less visited and provides a more secluded experience.  And what an experience it was…a step into the real forest moon!

The hike was an easy one, and the air was just uplifting. Rich with oxygen and fresh with the damp with the smell of conifer.  I could have hiked for days in here.  When you first approach, the forest seems normal.  Dense growth of smaller trees, ferns, and various vegetation.  All what you would expect but with just a hint of magic in the air.   After 2/3rds of a mile or so, the first giant Sequoia tree rises to meet you.  At first it just doesn’t seem real but as you go, the reality of this giant world starts to sink in.  Suddenly I am 15 years old again and racing through the groves on my Speeder Bike.  Okay, walking…but in my mind I am speeding!!  Toulumne grove is a 2.4mile hike round trip and the only downside if there is one is that the hike back out with its 400foot elevation climb.  A tiny price to pay for the amazing experience.   This grove includes many live trees, none of which you can get too close to, and with good reason.  But, there are 4 fallen trees that I counted that you can experience first hand.  The first we found was a giant mature Sequoia that had fallen during a forest fire. This thing was bigger than a city bus!

Even though this tree had fallen, it was still rock solid.  Something like this is great to get to see up close.  I was quite disappointed to see that 1000’s of people had carved their names into this old tree.  Yes, it has fallen, but do we always need to leave our mark in this way? We should respect and honor things like this…not lift our legs to them.  A few hundred yards up the trail we come upon another fallen giant.

This time though, you can actually crawl though the inside!!  Here is a view of the “tunnel” up the trunk. 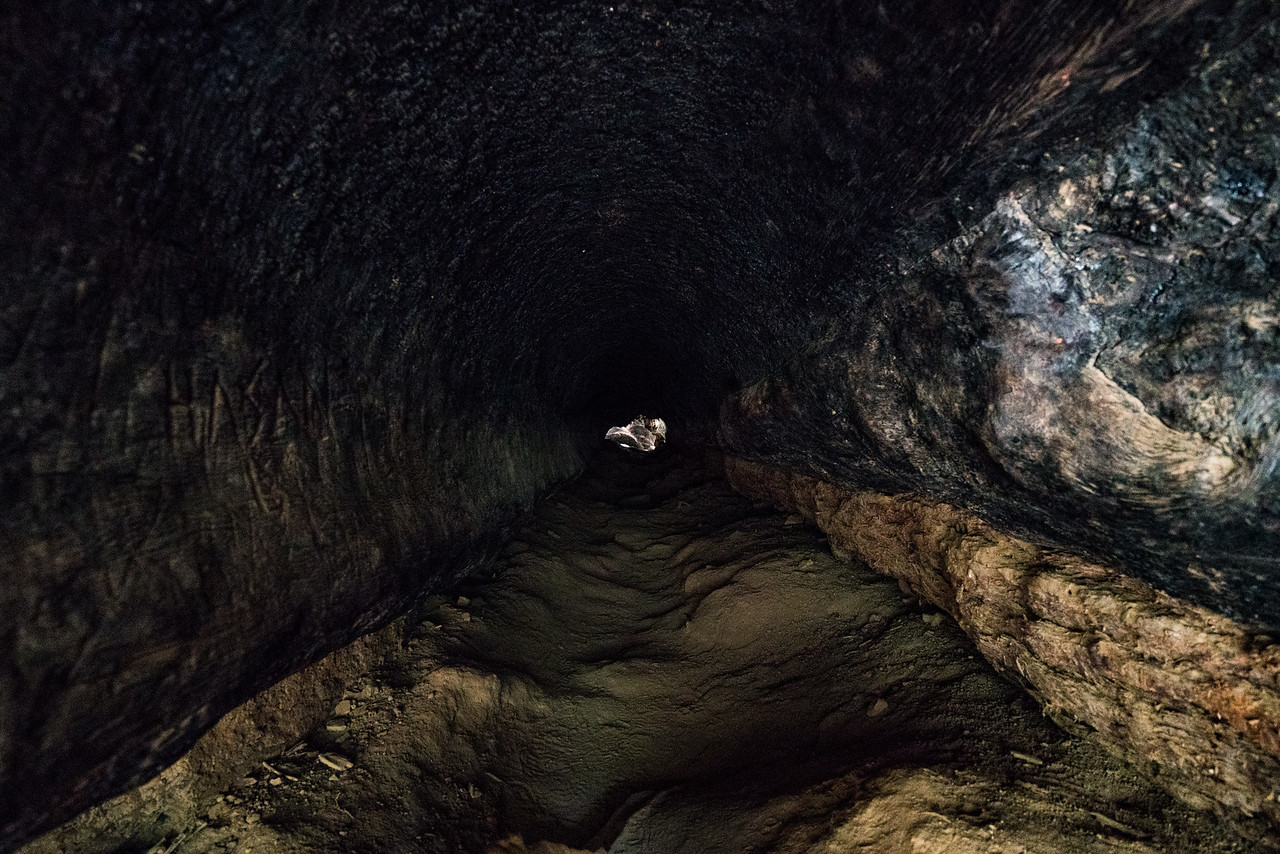 Pretty cool and a bit of a tight squeeze at the end.  There are a couple more fallen Sequoias here at Tuolumne, this one-off the beaten path that I found interesting.

And then of course the obligatory “tunnel” Sequoia at the end of the trail.

All-in-all, this was my favorite part of Yosemite.  It was so calming yet stimulating at the same time.  I know that Star Wars was not filmed here but I could definitely connect again with the atmosphere that must have inspired Lucas to create the Forest Moon of Endor.  It is so great to touch on these creative inspirations and experience them first hand.  And even if you are not a Star Wars fan, make it your own fantasy visit.  You will enjoy the adventure to a much greater extent, and maybe turn back the clock a bit as well, and who doesn’t want to feel a bit younger?  Oh, don’t forget your camera!!  To see all my shots from Yosemite, check out the entire gallery here: Yosemite Gallery

May the force, be with you! 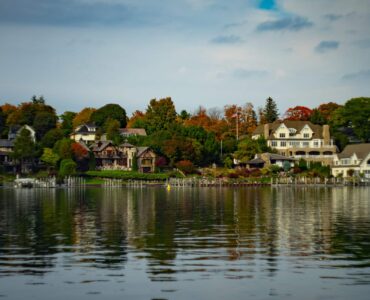 Charlevoix Michigan and Beyond – Pure Michigan for Fall Colors 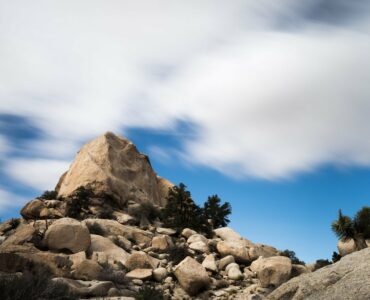 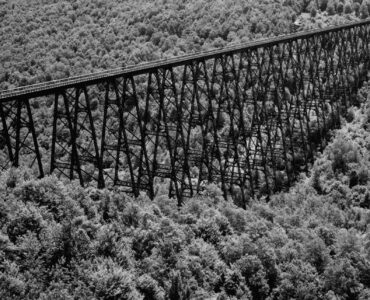 Kinzua Bridge ~ A Look Back 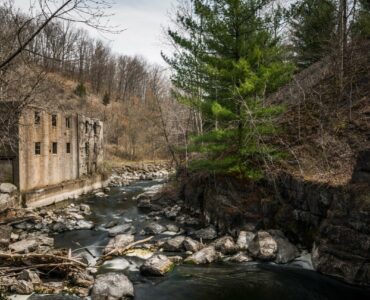 8 Awesome “Abandoned” Locations Anyone Can and Must Visit

Add comment
35 views
4 min read
Supporting this site is easy!
Please use the banners below
to make purchases.