Yes, my top 7 photos from 2017. And mom, I know you are looking down on me right now and saying, “If everyone else jumped off the cliff, would you?”  And my answer would be yes. Cuz, who wants to be alone in the world??  Let’s get at it.

I only shot a grand total of 7793 photos in 2017. A number I am actually proud of.  In previous years I would have complained that it wasn’t enough.  And even though I would have like to travel a lot more, the number doesn’t bother me. There were more “keepers” this year than ever before, more diversity in my subject matter, and more walls broken down.  Like the photo above, I have actually started using my DJI Phantom 4 for photography and not just video.  This was sunset in my hometown in upstate New York.  We will be moving away this year and this will be nice to remember.

A shot at number 6 that I would not normally be “known” for.  In reality though, I shoot this stuff all the time. The main reason being, it is right in my back yard. I learned many years ago that ANYTHING  you want to become good at requires practice.  The 10000 hour rule right? Photography is no different.  Back in the film days, you would study, and study, and study, then head out into the field. Take hours waiting for the right moment, only to capture, or miss it. Then there was the whole developing the film issue if you are into that sort of thing.  Today, we have the privilege of digital. And yes, I believe it is a privilege.  The ability to practice restricted only by the recharging of batteries, shutter counts, and time.  Over the past 8 years Dani has cultivated a wonderful sculpted garden in our backyard that attracts all sorts of critters, so why not take advantage of it. Practice makes perfect my meema always used to say.  Besides, I like to believe that most of these creatures come here just to be internet stars. Pssst, the word is out, this is the place!

Sometimes, it’s not the subject or the composition that gets me. It’s the day, the situation, and the company.  This was shot on 1 of 2 film cameras that I acquired this past year, the Richoflex Model IV. That alone would be special, but this was a day trip with my good friend Lou Quattrini.  Lou and I met while we were musicians back in the day. We have maintained our friendship through the years and both have a fondness for this “new” art.  To me, photography is best when shared.  Don’t get me wrong, I love the solitude of flying solo but when the opportunity arises to share an experience, I rarely say no.   Lou and I don’t get much time to hangout and shoot anymore as he has his busy life and I have mine.  When we do, it’s always a great and memorable time.

As I get closer to number one the choices are getting super difficult.   This is a good thing though, right?  I took this photo on the streets of New York City in Time Square while on a photowalk.  It was a landmark moment for me as it was the first time I asked someone if I could take their photo.  I am by no means a shy person, but this was one thing, I had never done.  I couldn’t be happier with the way it turned out, all the way around.  There were a lot of firsts for me during this trip to NYC. Working my first Photo Expo, hanging out with my first friends from the Ukraine, and so on. This moment though, led the pack.  Thank you sir, for allowing me to make this wonderful photo and lasting memory.

I have wanted to shoot this place for a long time.  The Trans-Allegheny Lunatic Asylum somehow always got put on the back-burner though.  Since this was the year of knocking off bucket list items, when Walter Arnold called me and asked if I wanted in I jumped at the chance.  Walter and I have been friends for, wow like 20+ years now.  As I have said many times, he is the one responsible for getting me back into photography.  He and I make it a bi-annual event to get together and do some shooting in our beloved genre of abandonment and decay.  This was an extra special trip though as we would attempt to collaborate on shooting and making a video together.  There was so much to shoot here (story and photos are coming soon) that we had to go back for a second trip just to capture half of it.  Hopefully, this is the start of a new chapter in our long friendship and collaborative efforts. 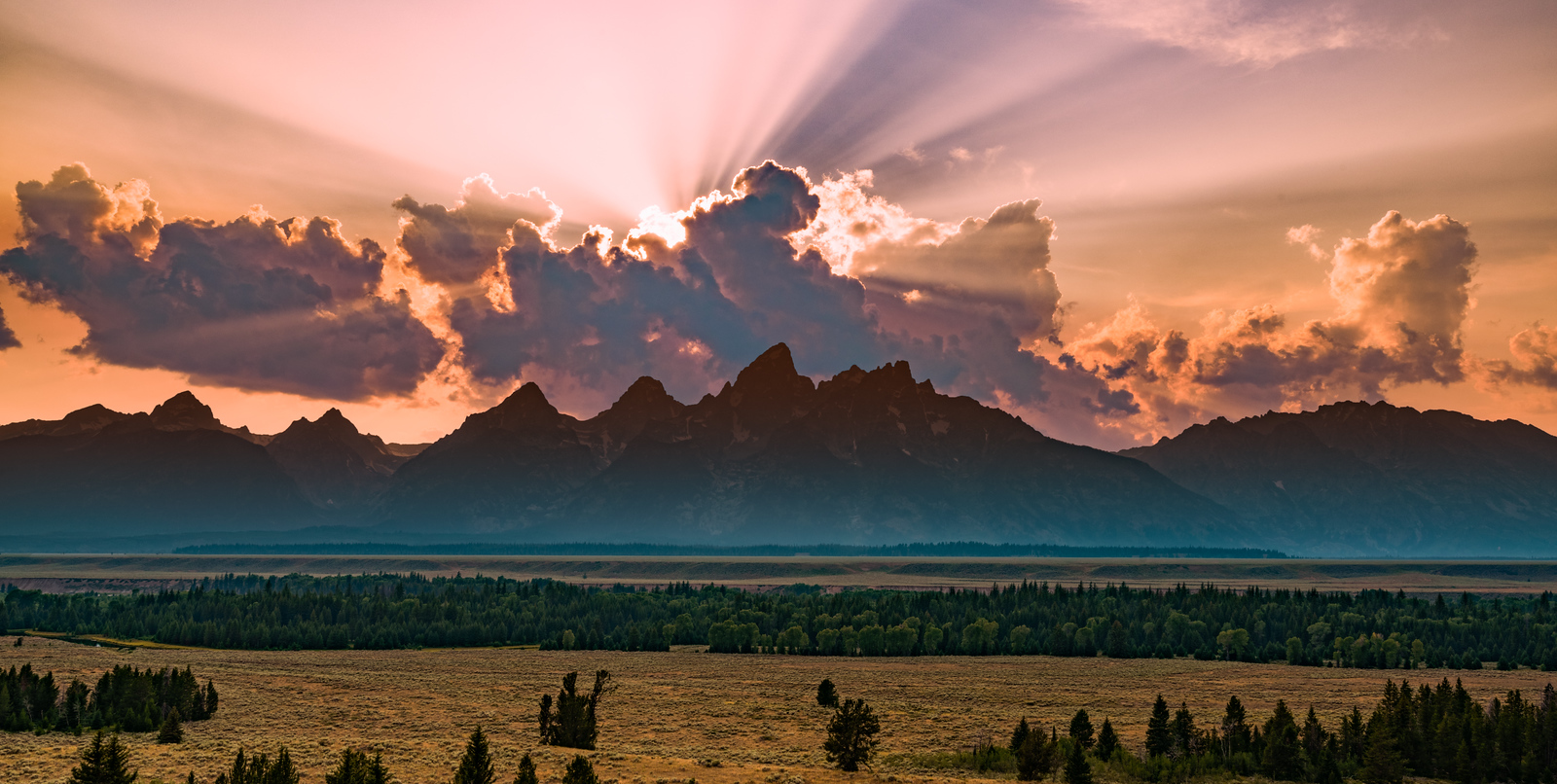 For 2 years in a row now, a small group of photographers, myself, and Dani included, have gotten together for a week, rented a house, swarmed the area for photos, and most importantly had a heck of a lot of fun.  In 2016 we visited Acadia National Park, and in 2017 it was the Yellowstone/Grand Teton National Park area.  While our house in Tetonia, ID was practically at the base of the Teton Range, due to forest fires in the west, every day the mountains were obscured by smoke.  We had just 2 breaks in the haze. One would be on the final day, as we were leaving the park and returning home of course. And the other was the photo you see above.  We had spent the day running around the park, not really getting the shots we wanted then on our trek back late in the day, we were graced with an amazing sunset.  The plan was we were headed to a place for dinner when I decided that we just had to stop and see what transpired. I am so glad we did. Yes, we were tired, hungry, cold, etc. But, it was all worth it!  I cannot see where our adventures lead next!  Thank you Greg Croasdill, Lynn Wiezycki, Mary Presson Roberts, Danielle Tilden, and Evan Jones for making this amazing memory.

I have said it many times, “The best roads, don’t have lines.”  Well, sometimes the best adventures have no plan.  Dr. Evermor’s Forevertron was never on the list.  A total accidental find while driving home from Yellowstone this summer.  A goofy set of comical billboards, a stop and a mom and pop diner and the next thing you know, number 1.  It’s times like this, places like this, and photos like this that will always make my number 1.  So, throw away the GPS, toss out the plans, gas up the family truckster and just get out there!  Here’s to you and an overly creative 2018!